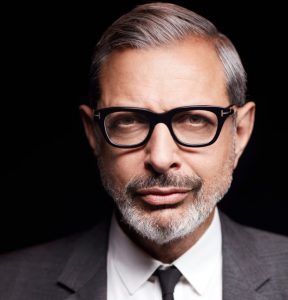 Jeff Goldblum is a highly popular and talented American actor who has starred in several of the Hollywood movie industry’s highest-grossing movies till date.

Although he initially began his acting career with a Broadway theater production before  entering movies with small roles, Jeff Goldblum soon captured the eyes of movie directors and was cast in several memorable supporting roles later on in his career.

Jeff Goldblum is renowned for several memorable roles he has performed in various types of box office blockbuster movies from the Hollywood movie industry, apart from his numerous iconic roles in numerous popular American TV series and TV movies.

Thanks to his impressive acting skills and a career spanning for almost 45 years now, Jeff Goldblum’s net worth is estimated around INR 282 crores (USD 40 Million).

As for the recognition for his impressive acting talent, Jeff Goldblum was honored with a Star on the Hollywood Walk of Fame in June of 2018, apart from having won several awards and received numerous award nominations till date.

Besides having won 4 prestigious awards, Jeff Goldblum has also had around 11 award nominations in his career till now as well.