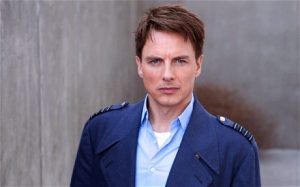 John Barrowman is a popular Scottish-American actor who is most renowned for his several famous roles in the American TV industry and the British TV industry.

Besides his TV appearances, John Barrowman is also a famous theater artist and has appeared in numerous super hit stage plays till date.

John Barrowman is a highly talented actor and singer and has made a name in the English and American theater industry with remarkable performances. Apart from his musical stage plays, John Barrowman is also recognized for his role in the super hit TV series ‘Torchwood’ and ‘Arrow’.

Thanks to his success as a TV and theater artist, John Barrowman’s net worth is estimated around INR 28 crores (USD 4 Million).

John Barrowman has also been honored with being appointed as a Member of the Order of the British Empire (MBE), an honorary degree by the Royal Conservatoire of Scotland in 2014 and also awarded the Human Rights Campaign Visibility Award in 2016, for his vocal support for the LGBTQ community.