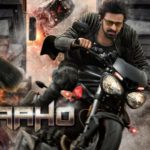 Most Awaited Movie Saaho starring Young Rebel Star Prabhas . The teaser of the movie is slated for release on August 15. The teaser has been cut to the same level as the film is ready for release amid huge national expectations. Prabhas’ stylish look and heavy action sequences have been spotted in the teaser.

Makers who introduced the main characters in the teaser, Prabhas elegantly elevated the heroism. He also gave a hint on storylines and raised expectations for the film. The action scenes are highlighted in a teaser of one minute and 40 seconds. Tast showed how much the film would be with the car, bike chase, especially on Prabhas. 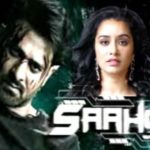 Prabhas Range, internationally recognized with Baahubali, looks set to take another step with the film. In the teaser, Prabhas was presented with a stylish look at the Hollywood hero level. At the same time, Prabhas also showed comedy timing.

In the teaser, the characters of the film were given importance to introduce the artists. Shraddha Kapoor , who plays the heroine opposite Prabhas , is introduced in the teaser along with main villain Neil Nitin Mukesh, Arun Vijay, Chunky Pandey, Jackie Shroff, Mahesh Manjrekar, Mandira Bedi, Evelyn Sharma and Vennela Kishore.

The teaser also shows what range the graphics in the film are going to be. Aerial shots of action scenes filmed overseas are worth watching. In the teaser, the graphics seem to be more than what is needed for an action movie. However, the action and Prabhas along with visual effects will also play a key role.

Launched simultaneously in Telugu and Tamil and Hindi, Saho is ready for international release. Prabhas, who has been a national fan following with Baahubali, is planning to bring National Audience closer to the film. Accordingly, with the Hollywood level concept, Pan India cinema is coming forward. Saho is all set to perform on August 15th