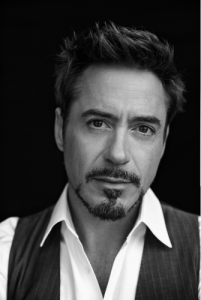 Robert Downey Jr is definitely one of the top-most popular and talented actors from the Hollywood film industry today. Apart from being recognized for his numerous eccentric character portrayals in movies, Robert Downey Jr is also a talented singer too.

Although Robert Downey Jr received immense success as a young actor when he entered Hollywood, there was a period of lull where he combated substance and alcohol abuse problems. However, Robert Downey Jr emerged as one of the most respected and skilled big screen artists after rehabilitation and is recognized the world over as ‘Iron Man’ from the Marvel movie franchise.

Thanks to his immensely impressive acting skills and huge popularity Robert Downey Jr is considered to be one of the handful of actors in the Hollywood movie industry who ensure box office super hits with their brand.

Talking about his commercial success, Robert Downey Jr’s net worth is estimated to be around INR 2207 crores (USD 300 Million).

As for his success a recognition as a talented actor in the Hollywood film industry, Robert Downey Jr has received numerous awards and has been credited with numerous award nominations too.

The list of Robert Downey Jr’s award-wins include winning the British Association of Television and Film Awards (BAFTA) for Best Actor in a Leading Role for her impressive portrayal of legendary comic artist, Charlie Chaplin, in ‘Chaplin’ (1993), as well as having 1 BAFTA award nomination too. Apart from this, Robert Downey Jr has also had 2 Academy Award (Oscar) nominations till date as well.