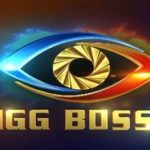 Finally, Bigg Boss Telugu 3 is all set to hit small screens on July 21. Akkineni Nagarjuna is filling the shoes of Jr NTR and Nani. Yes, Nagarjuna is the new host for Bigg Boss Telugu season 3. This isn’t the first time, Nagarjuna is hosting a reality show, he had previously hosted three seasons of ‘Meelo Evaru Koteeswarudu’. Nagarjuna robbed many hearts with his hosting skills and this time also we believe, he would live up to all our expectations.

This year, like the previous season, has a mix of common man and celebrities who will be surviving the tough tasks in the locked house sans any luxuries. Here is the list of inmates of Bigg Boss 3 Telugu house who will be entering the show .

According to the latest update, Gutta Jwala has confirmed the news that she is not the part of controversial reality show Bigg Boss 3.

Do you remember the actor from the movie ‘Nuvve Kavali’ which released way back in 2000? Yes, he is none other than Tarun Kumar and it was a breakthrough film for him. During the ’90s, Tarun used to be one of the top actors for the filmmakers. He delivered so many blockbuster hits such as ‘Priyamaina Neeku’, ‘Nuvvu Leka Nenu Lenu’, ‘Nuvve Nuvve’ among some others.

Suddenly, Tarun career graph declined and there weren’t many movie offers for him. He has been lying low over the past few years. Off late, we hear is, Bigg Boss Telugu season 3 show organizers have offered him a chance to appear in Bigg Boss 3 as one of the contestants. Still, it is unclear and an official confirmation about Tarun getting onboard to woo us all is awaited.

Reports are doing the rounds that Actor Jr NTR and Nani are expected to come as the chief guests for the pilot episode. Bigg Boss 3 will see a few of the popular celebrities and they are chances we would witness couples as the contestants for this new season. Stay tuned to this space for more updates.