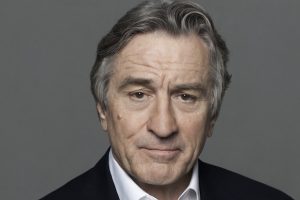 Robert De Niro is one of the top veteran Hollywood actors who has starred in over 100 movies from the American film industry.

Besides Hollywood, Robert De Niro is also active as an entrepreneur in the hospitality sector with the Nobu Hospitality company.

Robert De Niro is undoubtedly one of the top talented actors in the Hollywood movie industry and is also a renowned film producer. Robert De Niro is most popular for his in-depth study of every character he plays on the screen, enabling him to portray it to perfection.

Robert De Niro has been acting in the Hollywood film industry for over 50 years and has acted in 100 + films, making him one of the top successful actors today. Along with his remuneration from movies, his hospitality business combine to make Robert De Niro’s net worth around INR 2194 crores (USD 300 Million).

Talking about his success as a talented actor, Robert De Niro has won several prestigious acting awards and had numerous award nominations too.

The list of Robert De Niro’s award-wins include winning the esteemed Academy Award for Best Supporting Actor for his impressive mafioso role in ‘The Godfather – II’ (1975) and won the Academy Award for Best Actor for his amazing performance in ‘Raging Bull’ (1981). Besides winning these 2 Oscars, Robert De Niro has also had 5 Oscar award nominations as well.