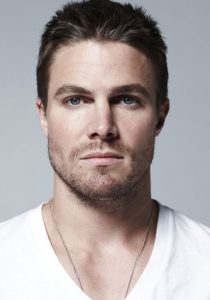 Stephen Amell is a Canadian actor who is most popular for portraying the famous DC Comics character Green Arrow in the super hit series.

Besides being a popular actor, Stephen Amell is also a huge fan of professional wrestling and has made significant appearance in events to promote upcoming WWE fights, including participating in a match in 2015.

Apart from his acting and wrestling career, Stephen Amell is also a renowned social activist and is part of popular not-for-profit organizations, such as those fighting against cancer, mental health issues, children’s hospitals, etc.

Stephen Amell has won several significant acting awards, especially for his roles in American TV industry, as well as been honored with numerous award nominations as well.

Stephen Amell is most recognized for playing Green Arrow/Oliver Queen in the super hit DC comic TV series ‘Arrow’ and other DC Universe series currently on air, including ‘The Flash’ and ‘Supergirl’. Besides this, Stephen Amell is also popular for playing Casey Jones in the ‘Teenage Mutant Ninja Turtles: Out of the Shadows’ (2016) movie as well.

Thanks to his impressive acting skills and a remarkable career in the American TV industry mainly, Stephen Amell’s net worth is estimated around INR 21 crores (USD 3 Million).

Talking about the recognition for his acting skills, Stephen Amell has won several awards and has had numerous award nominations till date.

The list of Stephen Amell’s movie awards includes winning the CinemaCon Award for Male Star of Tomorrow for his performance in ‘Teenage Mutant Ninja Turtles: Out of the Shadows’ (2016) apart from having 1 Teen Choice Award nomination for the movie as well.

Stephen Amell won the Gemini Award for Best Performance by an Actor in a Guest Role – Dramatic Series for his role in ‘ReGenesis’ (2007) apart from having another Gemini Award nomination for the same.

Stephen Amell has also won the Slammy Awards’ Celebrity Moment of the Year award for ‘SummerSlam’ (2015) apart from winning another MTV Fandom Award for Ship of the Year (shared with co-star Emily Bett Rickards), again, for ‘Arrow’ (2016).

Apart from having won these 6 awards, Stephen Amell has had around 20 award nominations to his credit as well.