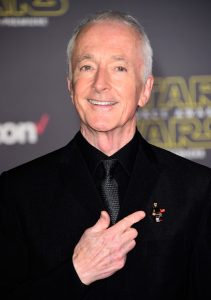 Anthony Daniels is a veteran English actor who has played the doid C-3PO in the entire Star Wars movie franchise.

Anthony Daniels is an excellent English actor, radio artist and also a professor at the Carnegie Mellon University, Pennsylvania. Anthony Daniels gained global popularity since the first time he played the quirky yet polite droid “C-3PO” in the first Star Wars movie in 1977. Anthony Daniels is a highly accomplished voice artist with a considerable experience in the British radio entertainment industry.