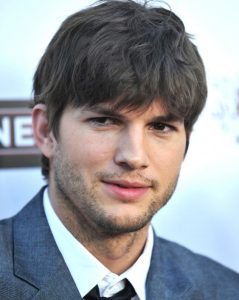 Ashton Kutcher is a renowned young actor from the Hollywood movie industry. Ashton Kutcher rose to fame initially with his TV appearance in ‘That 70’s Show’ (1998-2006) and later for acting in some of the most super hit romantic comedy movies in the American film industry.

As for his entrepreneur side, Ashton Kutcher is recognized as a venture capitalist and is the co-owner of the investment firm, ‘A-Grade Investments’ as well as ‘Sound Ventures’. Ashton Kutcher is a skilled investor and his firm has helped several start-ups to bloom, with investments in over 60 companies till date.

Thanks to his immense popularity as an actor and also TV show and film producer as well as being a venture capitalist, Ashton Kutcher’s net worth currently is estimated to be around INR 1599 crores (USD 220 Million).

As for his success as an actor in the American television and film industry, Ashton Kutcher has recieved several acting awards and has had numerous award nominations to his credit as well.

Ashton Kutcher is the winner of the Hollywood Film Award for Ensemble of the Year for ‘Bobby’ (2006).