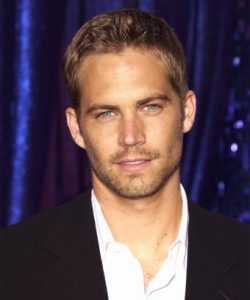 Paul Walker was a renowned Hollywood actor who rose to immense fame with his roles in 6 of the ‘Fast and Furious’ movies.

Paul Walker actually appeared in the big screen when he was only 2 years old, while shooting for an ad for the diaper brand Pampers. Paul Walker first rose to prominence with his role in his first movie, at the age of 25 years and since then appeared in several memorable roles in numerous movies.

Apart from being a popular actor Paul Walker was a car-lover through and through and owned around 30 classic and sports cars.

Paul Walker was also renowned for his charitable work and had helped raise funds for victims of several natural disasters and calamities throughout America.

Paul Walker is still recognized for his impressive acting skills in the globally popular ‘Fast and Furious’ movie franchise in which he portrayed his character in 6 out of the 7 movies made till date.

Thanks to his commercially successful acting career, Paul Walker’s net worth at the time of his demise was estimated to be around INR 182 crores (USD 25 Million).

As for his recognition as a talented actor in Hollywood movie industry, Paul Walker has received several awards and has had a few award nominations to his credit also.

Paul Walker won the MTV Movie Award for Best On Screen Team (shared with co-star Vin Diesel) for his impressive performance in ‘The Fast and the Furious’ (2002). Paul Walker also had 2 Teen Choice Award nominations later on.