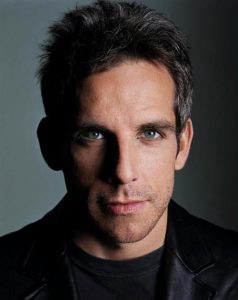 Ben Stiller is a popular actor from the Hollywood film industry and is most renowned for his eccentric comedy roles.

Apart from being a popular actor, Ben Stiller is also a talented writer, stand-up comedian and a successful film director and film producer as well.

Coming from a family of comedians and artists, Ben Stiller was encouraged to pursue his talents, which he showcased at quite an early age, with his short home-made movies, which he turned out writing, directing and acting in also.

Ben Stiller is also popular for being part of the Frat Pack, the famous group of comedians, which include Seth Rogan, Will Farrell, etc.

Thanks to his success as an actor, writer, comedian, movie director and producer, Ben Stiller’s net worth is currently estimated around INR 1452 crores (USD 220 Million).

Talking about his success and recognition as a versatile artist in the American movie and television industry, Ben Stiller has won several awards and has had numerous award nominations to his credit as well.

Ben Stiller is the winner of the Emmy Award for Outstanding Writing for a Variety, Music or Comedy Program for his work in ‘The Ben Stiller Show’.